The CEO of craft beer firm BrewDog has admitted to being ‘too intense and demanding’ amid a workplace culture row where he was accused of inappropriate behavior and abusing his power.

James Watt, 38, the chief executive of Britain’s biggest craft brewer, has been at the center of a string of misconduct accusations in recent years after being accused of inappropriate behavior towards women and abuse of power in the workplace.

Speaking with Steven Bartlett on the Diary of a CEO podcast about his leadership at the company, he admitted to previously pushing people ‘too far’ because of his ‘high standards.’

But the CEO – whose company has been accused of having a ‘rotten culture’ – said that his actions were done with ‘100% good intentions.’

Father-of-two Mr Watt revealed: ‘It’s completely fair to say that at times in the journey I have been too intense.

‘I have been too demanding, that I have set standards for the team which I would set for myself, and for a lot of the team members that is unattainable.

‘I just pushed for such high standards, unrealistic deadlines, it’s because I was so focused on ‘let’s build the thing, let’s create more jobs, let’s deliver more value for our customers.’

‘The intention was 100% good and because I was so bought in and so focused on that, I did push people too far.’ 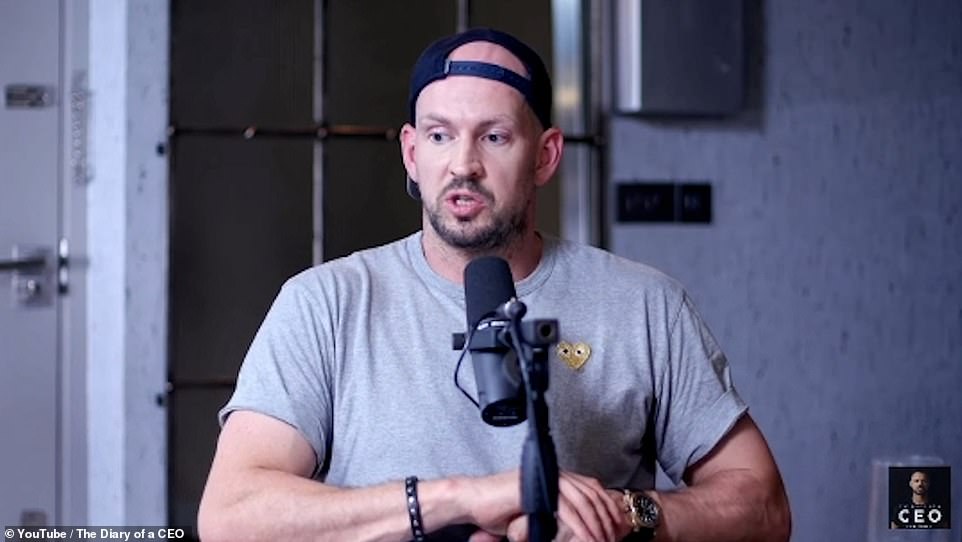 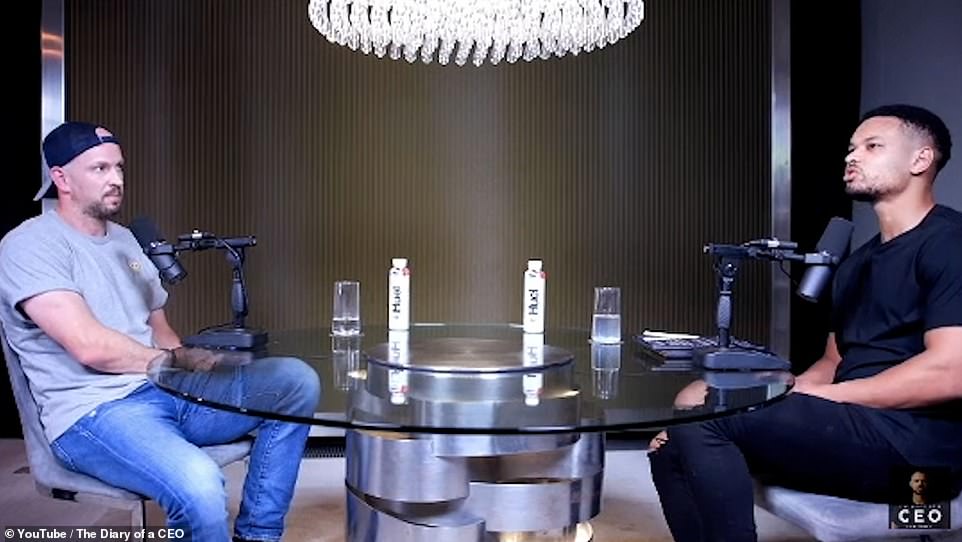 This comes after more than 15 ex-staff previously spoke out against Mr Watt with some claiming he made female bartenders feel ‘uncomfortable’ and ‘powerless’.

They were even advised by colleagues on how to avoid unwelcome attention from Mr. Watt, 38, according to an investigation by BBC Scotland’s Disclosure program.

Katelynn Ising, who worked at a BrewDog bar in Ohio, US, said female staff would dress down when they knew Mr. Watt would be in their bars.

She said: ‘We would make a point to warn new girls… like, ‘Hey, just so you know, James Watt’s coming to town. Just kind of, like, leave after your shift, don’t really hang around [and] don’t always do your hair and make-up that day, like don’t catch his attention’.’

Other former staff claim Mr Watt was witnessed by staff kissing an intoxicated customer on a roof terrace at another US bar.

Mr Watt has said the allegations are false and denies behaving inappropriately.

Last year, Watts’ disgruntled former employees shared a scathing open letter slamming the company for its ‘toxic attitudes’ and accusing it of fostering a ‘culture of fear’ among staff.

Penned by a group called ‘Punks With Purpose’, the letter featured a list of 63 names of people who used to work for the firm, and took aim at the Scotland-based brewery’s founders James Watt and Martin Dickie. 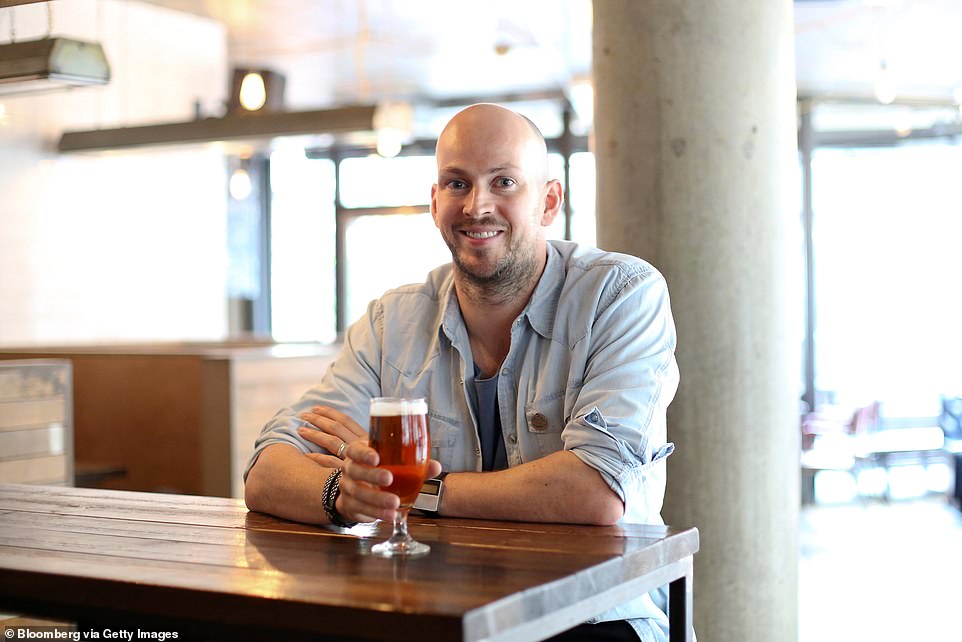 James Watt, chief executive of craft beer maker BrewDog, has been accused of ‘making women feel uncomfortable’, according to an investigation by BBC Scotland’s Disclosure programme. 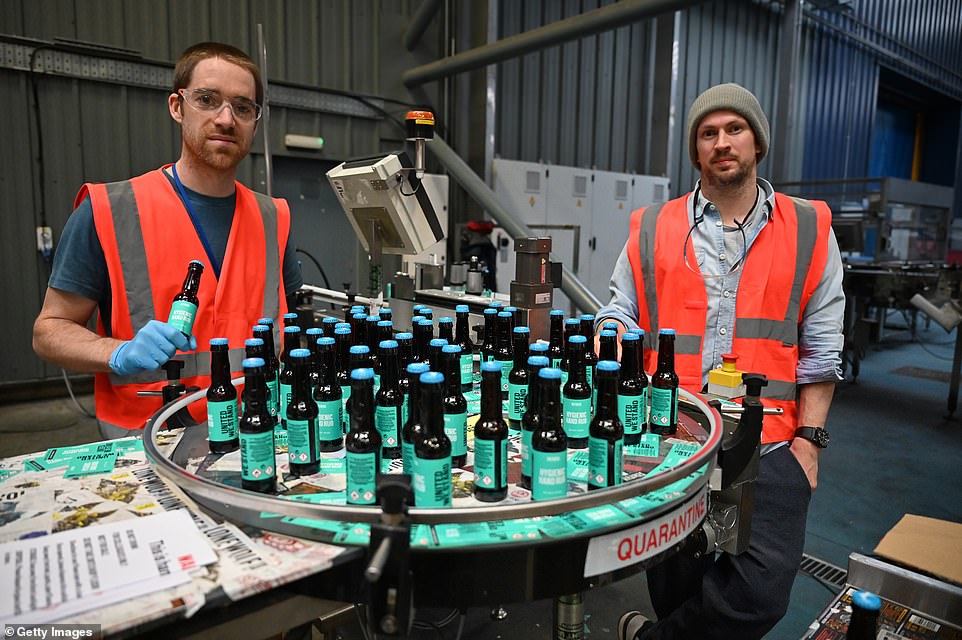 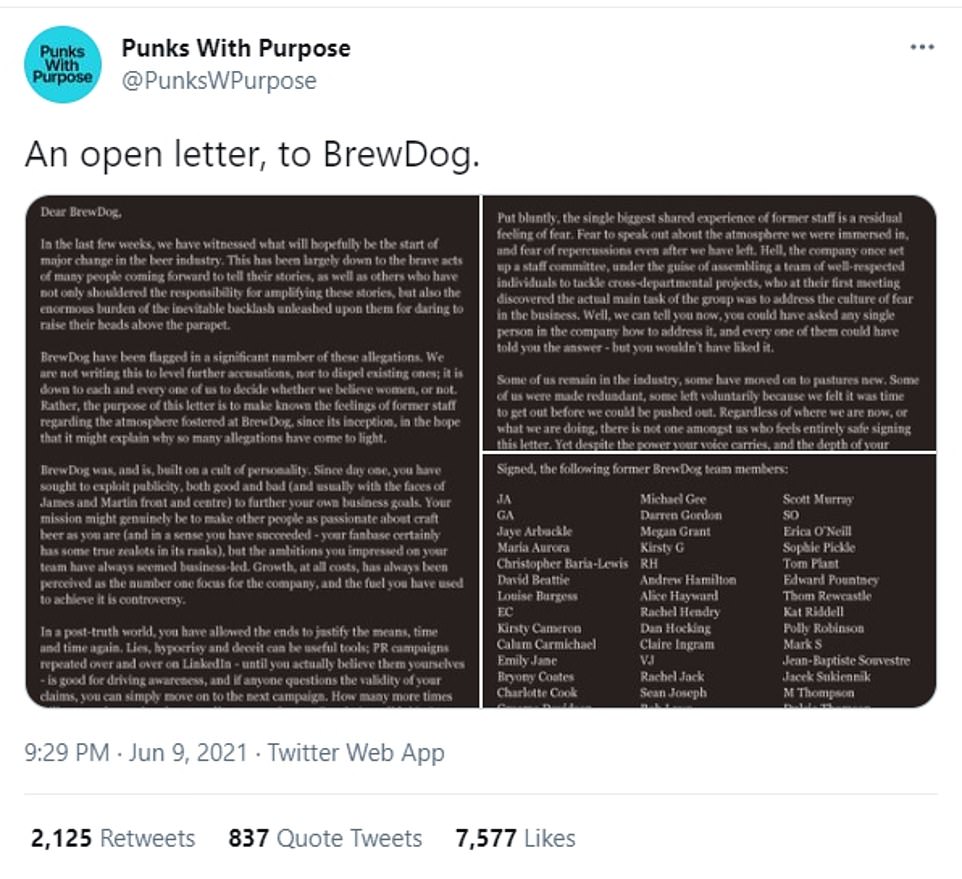 Writing collectively as a group called ‘Punks With Purpose’, the letter featured a list of names of people who used to work for the firm, and takes aim at the Scotland-based brewery’s founders

The letter stated that a ‘significant number’ of former employees had ‘suffered mental illness’ as a result of working at Brewdog.

At the time, the CEO responded: ‘I want to be very candid about some mistakes that I have made that have detrimentally impacted our culture.

‘In the hard and fast environment of high growth, I have all too often neglected many important people elements of our business.

‘Furthermore, despite surviving C-19 due to a phenomenal effort from our amazing team I had to make some very hard decisions to ensure our survival and these decisions have taken a considerable human toll on our business and had a negative impact.

‘Additionally, some PR mistakes that I have made in our past have also had a detrimental impact on culture.

I can promise that I will not make these mistakes again.’

In January 2022, James Watt faced further accusations of inappropriate behavior and abuse of power in the workplace by former employees.

Over 15 ex-staff spoke out about his conduct on the BBC’s Disclosure program.

Specifically, he was called out for making female bartenders feel ‘uncomfortable’ and ‘powerless’.

A string of misconduct accusations were included in the program, including that he kissed an intoxicated customer on a roof terrace bar, and took women on late night private brewery tours, which left staff feeling uncomfortable.

He was called a ‘starer’ by former staff members, and managers said they would schedule women not to be at work if they knew Mr. Watt was in town visiting.

The BBC Disclosure program made no allegations of criminal behavior with women by Mr. Watt.

He denies all the allegations

It claimed the company is ‘built on a cult of personality’ and alleged that it left some staff feeling ‘burnt out, afraid and miserable’, adding that ‘a significant number of people have admitted they have suffered mental illness’ as a result of working there.

It went so far as to claim being treated like a human being ‘was sadly not always a given’ for those employed by BrewDog – trashing the image of the hipster company which offers ‘paternity leave’ if a staff member gets a dog and pays employees £500 to quit if they don’t feel they’re a good fit.

At the time, Mr Watt subsequently issued an ‘update’ on the Punks With Purpose open letter, describing it as ‘so upsetting, but so important’.

He also tweeted that the suggestion it was he who sent round the counter letter which ‘dismissed the deeply-held fears of current and former staff’ was ‘untrue’, stressing: ‘The email came from our people team, not myself. The letter is drafted by our teams who feel it is important to make their voice heard too.’

He said: ‘Our focus now is not on contradicting or contesting the details of that letter, but to listen, learn and act.’

Earlier this year, it was revealed that the BrewDog boss was privately prosecuting a woman he claimed provided false information about people behind ‘malicious’ comments made about him online.

The charge alleges that she breached the Fraud Act 2006 because she ‘obtained information about people responsible for malicious communications’ about Mr. Watt.

Bark & ​​Co, on behalf of its client Ziem, previously said: ‘Emili Ziem is entirely innocent of these charges.

‘She vehemently denies any wrongdoing and intends to defend these allegations robustly at trial in the crown court.’

The case has been brought against her as a private prosecution by Watt as an individual rather than Brewdog as a company, which he co-founded in 2007.

The firm based in Ellon, Scotland – which is valued at about £2billion, runs 111 bars and has 2,000 employees – is said to be currently weighing up a stock market listing.

The open letter was shared on Twitter last year. It was signed by 61 former employees, plus ’45 and counting who did not feel safe to include their names or initials’

CHILDHOOD FRIENDS WHO NOW OWN A £620MILLION STAKE IN BREWDOG 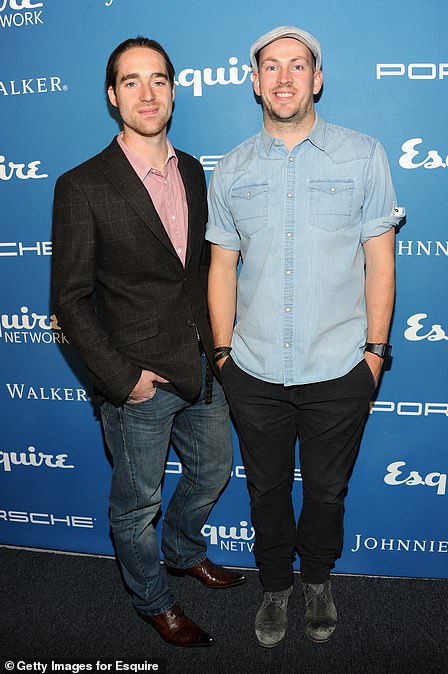 Mr Watt, pictured right with business partner Martin Dickie, issued an official statement this morning saying BrewDog is ‘sorry’ and is going to ‘take action’ rather than ‘make excuses’

The Aberdeen-born founders of BrewDog, James Watt, 38, and Martin Dickie, started up their own brewery at the age of 24 on an industrial estate in 2007. They decided on the name because Mr. Watt’s father Jim had recently got a puppy.

Mr. Watt, who is married with two daughters, is now the CEO and has very much been the face of the company since its inception. He comes from a family of fishermen and used to help his father on his fishing boat in the North Sea. On his LinkedIn profile he claims to be a ‘fully qualified deep sea captain’.

He graduated from Edinburgh University with a degree in law and economics. After landing a job as a trainee solicitor he quit after two weeks – branding ‘conforming’ as ‘painful at best – and, three years later, started BrewDog with Mr Dickie.

The business struggled at first but took off when, after around six months, Tesco placed an order to sell its beer across the country.

In 2014, Mr Watt won Great British Entrepreneur of the Year, and in 2016 both he and Mr Dickie were awarded an MBE.

Mr Dickie, also married and a father-of-three, has kept a quieter public profile than his business partner – although he did ride an Abbott 433 tank through Camden in north London to mark the opening of their first bar in England.

The pair grew up as best friends and became flatmates when they both lived in Edinburgh.

He studied distilling at Heriot-Watt and spent several years after graduating working in a variety of distilleries and breweries across the UK, including Thornbridge Brewery in Derbyshire. 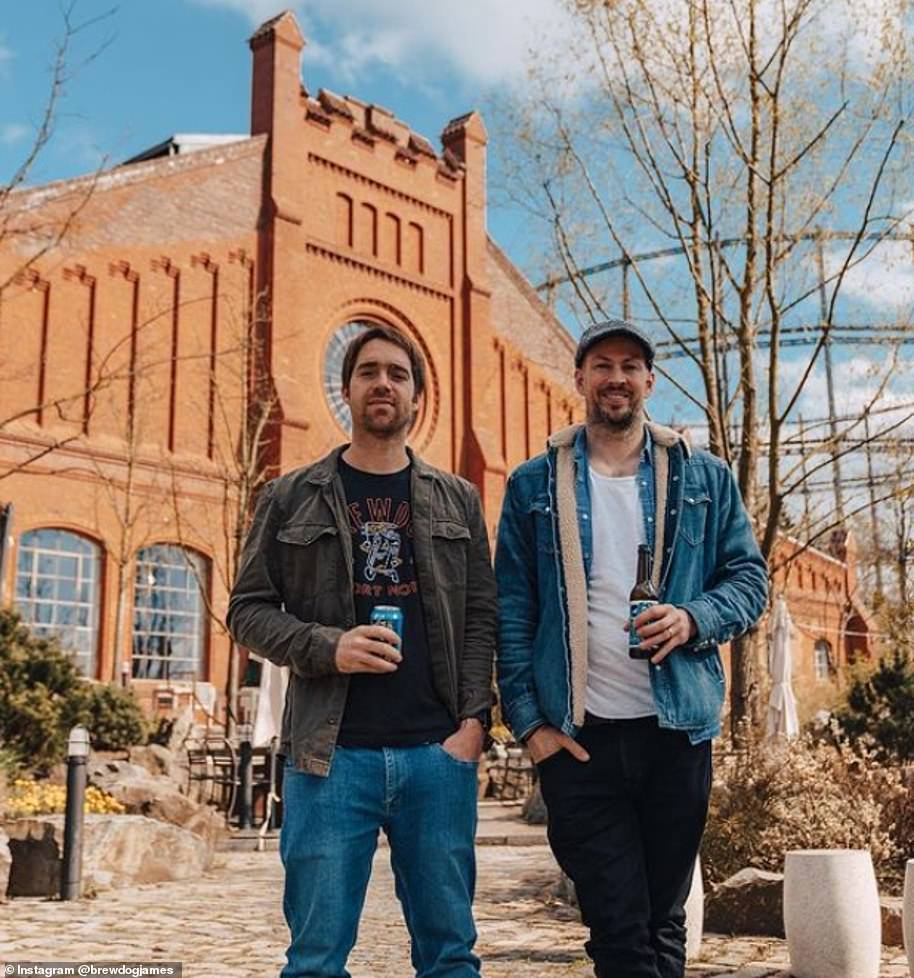