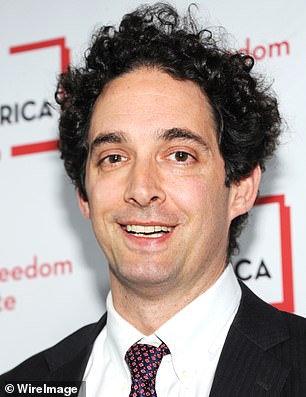 The independent journalist Alex Berenson has been reinstated to Twitter following an 11-month ban that saw him ‘permanently banned’.

Last December he filed a federal lawsuit against the social media platform claiming his first amendment rights had been violated.

In the lawsuit filed in the District Court for Northern California, Berenson sought to be reinstated to Twitter and requested unspecified monetary damages over his ban which began last August.

The parties have come to a mutually acceptable resolution. I have been reinstated. Twitter has acknowledged that my tweets should not have led to my suspension at that time,’ Berenson wrote on his Substack page earlier this week.

‘Twitter banned me after I got five strikes under its Covid-19 misinformation policy. Which meant I’d supposedly made “claims of fact” that were “demonstrably false or misleading” and “likely to impact public safety or cause serious harm”. Now we come to find those tweets “should not have led to my suspension”?’ he wrote.

‘All in the past, though! The lil bird and I are now the best of friends,’ he jokes. 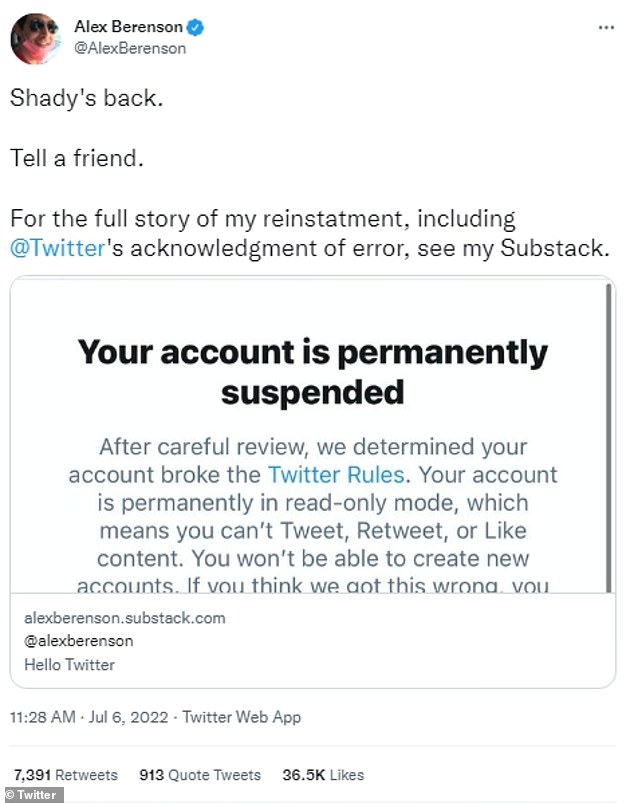 ‘I can’t wait for Insider and NBC News and everyone else who drooled over my suspension in August 2021 and later to devote equal space to the fact that I’m back and Twitter’s admission it shouldn’t have banned me. Much more, actually, because this has NEVER happened before.

Berenson, 49, a former New York Times reporter and prominent skeptic of many pandemic policies, was banned over a tweet in which he stated that COVID vaccines do not prevent infection or transmission of the virus.

Berenson had previously called the pandemic an excuse for the government to overstep its boundaries in terms of rules and authority.

He notes on his blog that he is unable to explain what happened behind the scenes in order for him to be reinstated because he has been bound by secrecy.

‘I can’t tell you, because the statement is all I can say about the settlement.’

Berenson has said he will continue to try and uncover what caused him to be banned in the first place, noting that he believes government pressure may have played a part.

The settlement does not end my investigation into the pressures that the government may have placed on Twitter to suspend my account. I will have more to say on that issue in the near future. I made a promise to readers last month, and I take my promises to readers seriously,’ he added.

Upon returning to Twitter, the journalist posted the exact same tweet as the one that got him banned, knowing that this time it would be allowed. 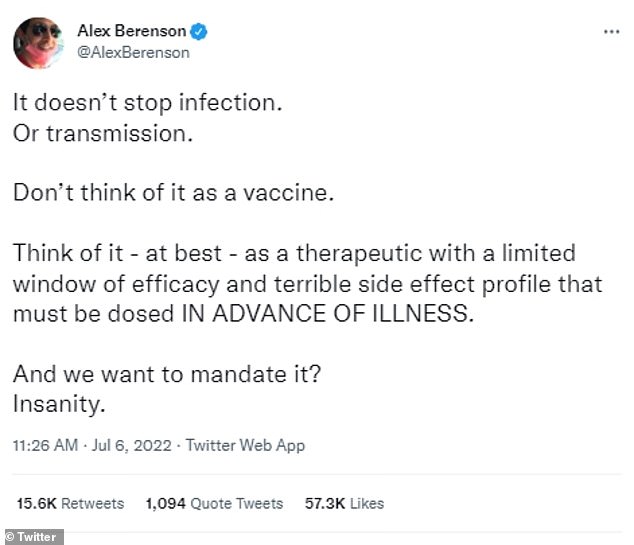 Upon returning to Twitter, the journalist posted the exact same tweet as the one that got him banned, knowing that this time it would be allowed. 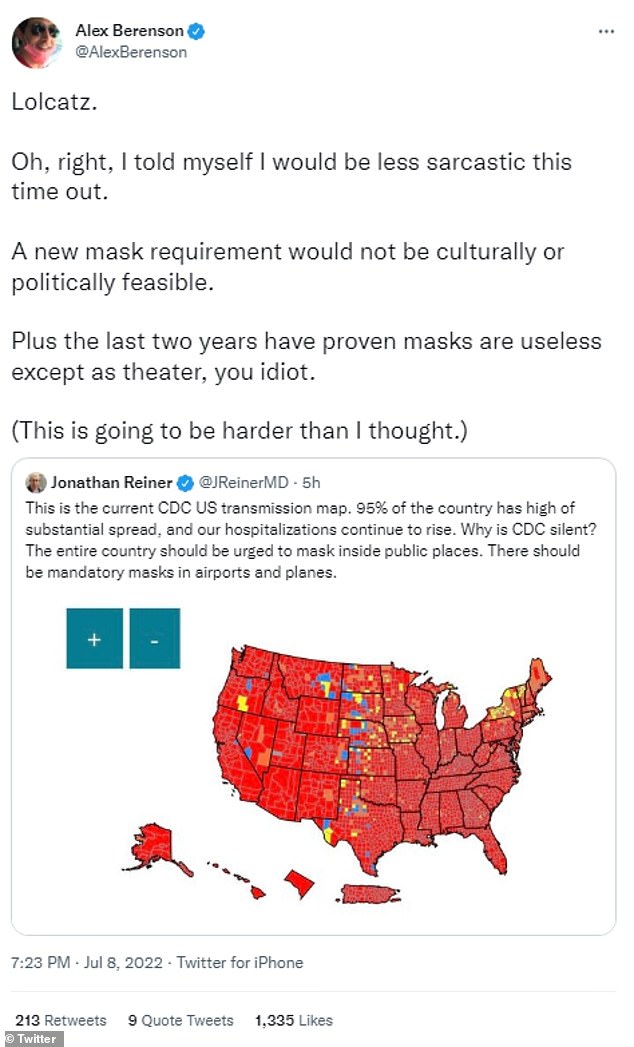 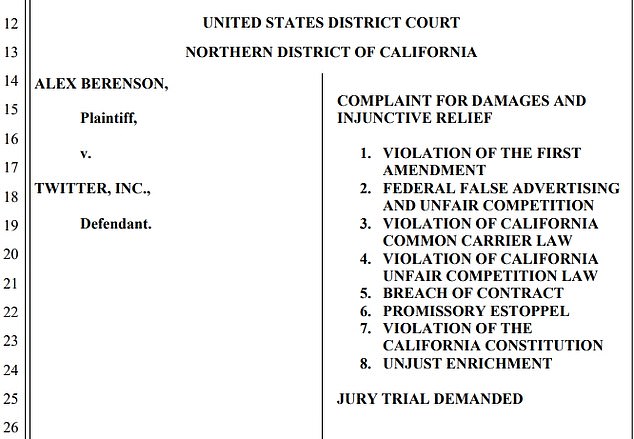 The lawsuit filed in December in the US District Court for Northern California sought Berenson’s reinstatement to Twitter and unspecified monetary damages over his permanent ban. 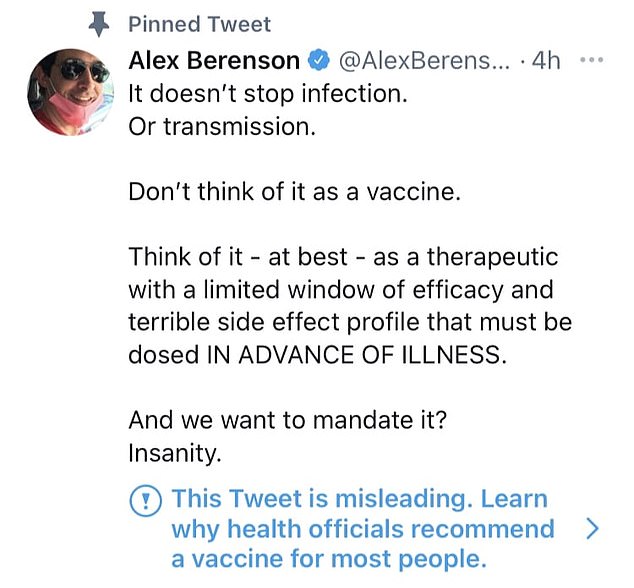 ‘Mr. Berenson’s claim that the COVID-19 vaccines do not “stop infection” or “transmission” of COVID-19 was true at the time and is true now,’ his attorneys said in his 2021 lawsuit. 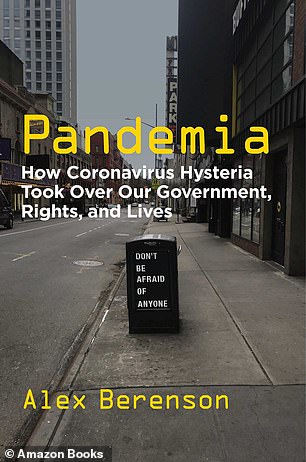 Since being banned, Berenson has gone on to author the bestseller Pandemia

However, the crux of the lawsuit did not rest on whether Berenson’s criticism of vaccines was objectively true or not.

The detailed 70-page complaint alleged that Twitter is legally a ‘common carrier,’ similar to a railroad or a telegram, which is required under California and federal law to provide service to all comers.

‘Twitter’s role in public debate in the twenty-first century resembles that of the telegraph in the nineteenth,’ the lawsuit argued.

Berenson’s attorneys also argued that he had ‘a uniquely viable claim that Twitter acted on behalf of the federal government in censoring and barring him from its platform.’

The complaint argued that his Twitter ban came only days after high officials including President Joe Biden called for a crackdown on pandemic misinformation on social media, and that the company was responding to government pressure in banning him. 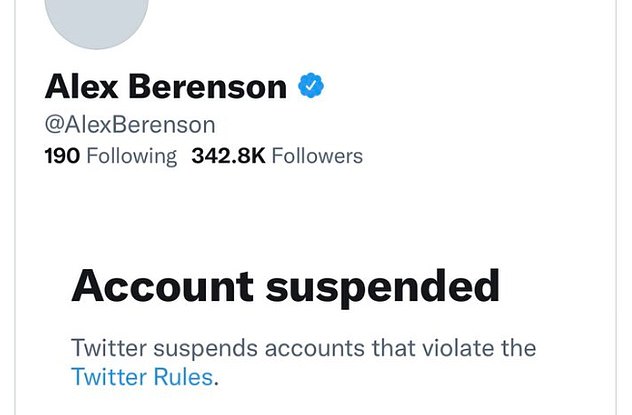 The suit claimed violation of the First Amendment, false advertising, and violation of California common carrier law, among other complaints.

Following his Twitter ban, Berenson was still able to publish his opinion and reporting on the platform Substack. He has also released a book entitled Pandemia, which reached the bestseller list.

In the tweet that earned him his ban, Berenson wrote: ‘It doesn’t stop infection. Or transmission. Don’t think of it as a vaccine.’

‘Think of it – at best – as a therapeutic with a limited window of efficacy and terrible side effect profile that must be dosed IN ADVANCE OF ILLNESS,’ he added.

Berenson began his anti-mask and vaccine mandate crusade in 2020, when an Op-Ed he penned for the Wall Street Journal claimed the pandemic had caused ‘a new age of censorship and suppression.’ 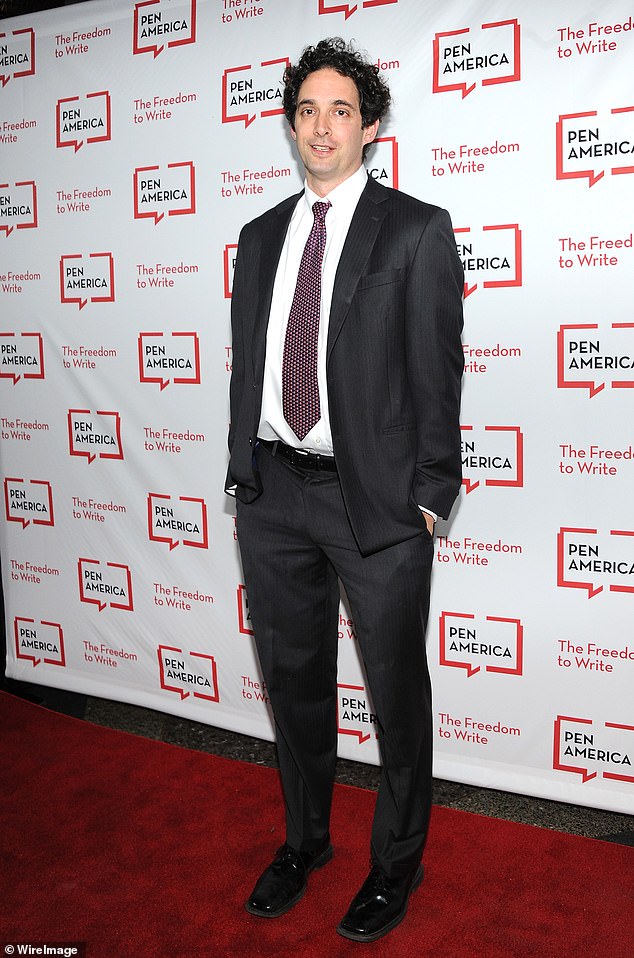 Berenson began reporting on the pharmaceutical industry and financial crime for the New York Times in 1999, before leaving the newspaper in 2010.

‘Information has never been more plentiful or easier to distribute. Yet we are sliding into a new age of censorship and suppression, encouraged by technology giants and traditional media companies,’ Berenson wrote.

“As someone who has been falsely characterized as a coronavirus denier,” he wrote at the time. ‘I have seen this crisis firsthand.’

The controversial journalist and writer also revealed an ongoing dispute of his with Amazon, who Berenson alleges tried to suppress his self-published books on the subject of COVID-19 and the ensuing response.

“Since June, Amazon has tried twice to suppress self-published booklets I have written about Covid-19 and the response to it,” he continued.

‘These booklets don’t contain conspiracy theories. Like the scientists who wrote the Great Barrington Declaration, I simply believe many measures to control the coronavirus have been damaging, counterproductive and unsupported by science.’

Berenson began reporting on the pharmaceutical industry and financial crime for the New York Times in 1999, before leaving the newspaper in 2010 to pursue a career as a full-time author and novelist.

The Yale-educated writer was dubbed ‘the pandemic’s wrongest man’ by The Atlantic over his predictions about the virus.

He had originally predicted that the US would not surpass 500,000 deaths due to COVID-19. The country has now exceeded more than one million deaths.

Berenson had previously enjoyed a large social media following, with more than 340,000 followers prior to his ban. He has since gained a further 50,000 followers.

In announcing his lawsuit on Substack last December he wrote: ‘Remember, folks – Don’t take the law into your own hands, you take ’em to court!’